SAN DIEGO, April 20, 2016 — Leigh Scarritt Productions announces the release of the multi-talented cast for the upcoming Ruthless! The Musical show at the Moxie Theatre, San Diego, CA. This release was done as a special event at Martinis Above Fourth cabaret last night. Each individual gifted artist that is cast in the show was introduced and they presented their favorite line from Ruthless.

Each talented cast member proceeded to perform one of their special songs accompanied by the beautiful Miss Leigh Scarritt. It was truly an exciting and electrifying evening at Martinis Above Fourth. Ruthless! The Musical will directed by the incomparable Miss Leigh Scarritt and award winning Delicia Turner Sonnenberg and will run from July 10th  through August 7th, 2016. With these two women at the helm, this show is a sure fire hit. Having all this talent on one stage, this will be an incredible night in theater, not to be missed. Here are some social media comments about the night.

So many things to say so I’ll try to keep it short. Ainsley is a star! Omg that girl commands her audience. Just love to see her perform. Eileen is magical on stage. She’s so darn funny! It was fun to see Shirley sing as we really haven’t before. She was awesome! Jeanine is crazy awesome. Love that lady. Maddie and Madison nailed it!! And Abraham was really sweet. So brave to go back on stage. He won the hearts of the crowd for sure.

Fabulous show last night! Hannah serenaded me with Taylor the Latte Boy on the drive home.

Thank you for inviting us to the show, Miss Leigh. We loved it!!

Ruthless is going to be FIERCE!

Hope was really enjoying the atmosphere, and is very excited about the possibility of performing with your Stars someday in the future. 🙂 Thanks again and have a wonderful evening! 💗

I LOVE being a part of anything that you do! I had so much fun and am so very thankful for your masterful playing! And I love learning from you too! You have gathered an amazing group of people and I am humbled and blessed to be a part of it! 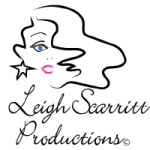 MOXIE Theatre is a professional non-profit theatre founded by the critically acclaimed group of performers and directors; Jo Anne Glover, Liv Kellgren, Delicia Turner Sonnenberg and Jennifer Eve Thorn in 2005. MOXIE’s mission is to create more diverse and honest images of women for our culture using the art of theatre.